Plans for a regional recreation multi-use park in Christiansburg have taken another step forward. The Christiansburg Town Council has approved funding for working drawings, moving past the conceptual design phase into engineering drawings. Approximately $996,550 has been set aside for the design phase.

Mayor Michael Barber pointed out that the decision does not mean the overall park has been approved. “This is just another step to get us to that point. We could still decide not to proceed or to proceed when that time comes,” he said.

The project has been on the drawing board for more than four years since the town purchased the property in 2013. The idea has never changed, but small changes have been made that cut the overall cost initially estimated at more than $31 million for the 70-acre project.

In July, the town council approved a public-private partnership with Faulconer Construction for design of the park. The design work has centered on Option 1 for the former Truman Wilson Farm near Peppers Ferry Road, which includes dog parks, picnic shelters, walking trails and multi-purpose fields.

The Regional Park Public-Private Education Facilities and Infrastructure Act (PPEA) Committee reviewed proposals from three companies and negotiated with Faulconer, the top-ranked company with a proposal, to get to this point.

The Virginia PPEA Act of 2002 enables public bodies like the town to partner with private entities to bring private-sector expertise to public projects and encourages innovative approaches to financing construction and/or renovation.

This next step is expected to be completed in the spring of 2020 when the current schedule calls for a review of the design. Construction could begin in the summer of 2020 if the design is approved and the council votes to move forward.

Several items have been removed from the plan, including a softball field. The amphitheater is still included in the master plan but has been deferred for future phases.

The special needs/all-inclusive playground is a centerpiece of the park, and local officials say it will be an amenity not found in other parts of the state.

The possible multi-uses are endless for this park, Barber said, but he believes the all-inclusive area will showcase the entire facility. The inclusive components include a merry-go-all, a sensory rock wall, special surfacing, musical instruments, arch and position swings, a roller slide, ground level gadgets and benches with shades.

Initially, the town had received a grant to fund the all-inclusive park but declined the money because of the current timetable for the project. Plans call for the town to reapply for the grant funding in 2020.

During a recent presentation to the council, developers pointed to the hillside pavilion as a great location for outside yoga classes and other programs.

The hilltop pavilion is slated to include a “healing garden” with several areas for meditation. The smaller dog park would be 11,920 square feet while the larger one that would allow for separation between small and large dogs, would be approximately 22,574 square feet.

In the current proposal, the dog parks’ surface would be an antimicrobial turf product, which is being used at other dog parks around the country.

Lawn experts say dogs can pee and poop on artificial grass; it just has to be cleaned up as soon as possible by removing it and hosing down the area. Artificial grass also cuts down on the overall maintenance for any park.

Parks and Recreation Business magazine says early dog parks were simply grass fields or bare dirt, either with or without a coating of pea gravel or crusher run. Some have been as low-tech as vacant paved areas, such as unused parking lots. These days, dog parks are surfaced in dog park-specific antimicrobial artificial turf.

“Unfortunately, there’s no getting around one point: dogs are hard on natural grass, and the smaller the park, the more heavily used its surface will be. In a compact area, the area may become skinned and bare because of dog and foot traffic (and dog urine),” the magazine said.

A major stickler over the past year has been funding for an entrance road into the park that could also travel from Peppers Ferry Road to Cambria Street. The council is hoping for state funding for that part of the project. The council has approved $400,000 for the design phase of the roadway.

City leaders hope to recoup some of the money through the sale of two outparcels near Peppers Ferry Road. Both are conducive for restaurants and/or a hotel. Town spokesperson Melissa Demmitt said for now there is no time set for when the parcels will be placed on the market. 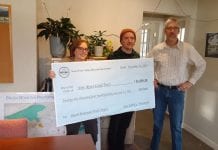 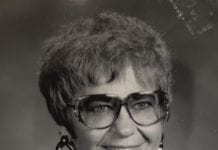 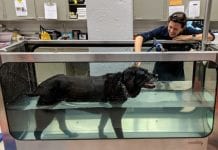